Mystics have told us for centuries – consciousness is all there is.

Consciousness creates energy, matter, and the perspectives of space and time. Scientists tell us that matter doesn’t exist.

“There is no matter as such. All matter originates and exists only by virtue of a force which brings the particle of an atom to vibration and holds this most minute solar system of the atom together. We must assume behind this force the existence of a conscious and intelligent mind. This mind is the matrix of all matter.” ~ Max Planck, acceptance speech for 1918 Noble Peace Prize for Physics

Love is just another word for consciousness. We’re living and moving and having our being-ness in a field of conscious love.

Who Are We Really?

We are not the body, nor are we the mind. We are aspects of Divinity, units of pure consciousness, localized.

We are consciousness conductors – that’s what we do. We are not separate; we exist in relation to everything else.

We live in a participatory universe. Every part of the whole is connected to, and dependent upon, and responding to the rest of the whole.

There is no separate “you” that makes decisions about what to think or do from a separate part of yourself.

At the subatomic level, reality behaves in accordance with the expectation of the observer. It is the act of consciousness that creates. The act of looking or observing is the act that creates something for us to see.

There are two kinds of mind. One is the limited or egoic mind. The other is the Transcendent or Oneness mind.

“A human being is part of a whole, called by us the `Universe,’ a part limited in time and space. He experiences himself, his thoughts and feelings, as something separated from the rest—a kind of optical delusion of his consciousness. This delusion is a kind of prison for us, restricting us to our personal desires and to affection for a few persons nearest us. Our task must be to free ourselves from this prison by widening our circles of compassion to embrace all living creatures and the whole of nature in its beauty.” ~Albert Einstein

Because the egoic mind’s greatest fear is its own death, it is intensely vigilant for its survival. It arises from the fear that it doesn’t exist. It seeks to protect itself by creating an illusion of its existence and separateness from higher Self.

The following passage from the ancient philosophical writings of India, the Upanishads (800-500 BCE), describes perfectly the difference between the limited self and the Self of all selves, or Absolute.

“For a fortnight one must fast, drinking only water; then the mind, so to speak, is starved into tranquility and silence, the senses are cleansed and stilled, the spirit is left at peace to feel itself and that great ocean of soul of which it is a part; at last the individual ceases to be, and Unity and Reality appear. For it is not the individual self which the seer sees in this pure inward seeing; that individual self is but a series of brain or mental states, it is merely the body seen from within. What the seeker seeks is Atman, the Self of all selves, the Soul of all souls, the immaterial, formless Absolute in which we bathe ourselves when we forget ourselves.

With practice, we begin to experience unification with Transcendence in a way that ego’s illusion couldn’t begin to comprehend. We watch the changing aspect of the world, and we enjoy it rather than resist it. We no longer feel the need to seek, because we experientially feel our connection with the Source of all creation. We accept ‘what is.’

In time, a union or sublimation occurs between the egoic mind and the Transcendent or Oneness of Life. The two merge to become one integrated clarified state called the Clarity Mind State.

What is the Clarity Mind State?

The Clarity Mind State is a state where one resides completely and unequivocally in the present moment. Life flows from moment to moment effortlessly and easily.

In the Clarity Mind State, one is able to tap into the infinite part of oneself that simply knows what to do in each moment, without fear, anxiety or analysis.

You are able to look at all the various potential choices happening in each moment all around you, consider them all, and know exactly how to respond. You are free from intellectually having to know.

In the Clarity Mind State you are free from limiting beliefs and sub conscious tendencies, and you allow the Universe to freely express itself through you.

You arrive at the Clarity Mind State not intellectually but by embodying or being that state.

In the Clarity Mind State you are a lover of ‘what is.’

There is Nothing to Do

You can’t plan an inspired life. In the process of conceiving a goal, it becomes impossible to be in the present moment. One becomes more concerned with the goal rather than the stillness and presence of the Clarity Mind State.

In the Sermon on the Mount, Jesus said we should not worry over material things, including food, personal appearance and clothing.

When you are established in the Clarity Mind State, and you live from this awakened perspective, you actually live the profound truth of these words.

“The grass grows by itself, and the flowers flower.” ~ Zen saying

Who is really doing something?

Since the ego is just an idea, or your idea of who think you are, an idea can’t do anything. In reality, the universe as a whole is the only doer. It just looks like there’s a separate you who goes around doing things to and with other separate things.

Without a goal or purpose, you’ll still eat, sleep, and work, or do whatever you usually do. Things happen, goals are achieved, and you move forward.

In the Clarity Mind State, life flows through you rather than coming from the limited mind. You don’t have to totally get rid of the idea of a separate self, so much as know that it’s just an idea, a way of thinking.

Doing happens in the moment, but without a separate doer.

From the perspective of the ego, life seems like a problem to be solved. When you are fully established in the Clarity Mind State, there are no doubts and no problems that require a solution.

What we may think of as a purposeful life really has no point. In the hurry to get somewhere, do something, or be something, we end up being on the outside of life, and we miss everything.

Your purpose is NOW.

When there is no goal, our senses are more open to the wonder of the moment. From that place, you discover that whatever you are doing in the moment is your purpose.

As Alan Watts once said, “it is traveling without point, with nowhere to go. To travel is to be alive, but to get somewhere is to be dead.” So the journey is really the point of life.

The egoic idea that there is something to win, or somewhere to go, some place to arrive at, causes you to miss the journey.

Once established in a Clarity Mind State you are no longer identified with your egoic mind. You stop identifying with the world of ideas, and live more in the transcendent or a Oneness Reality.

If you can stay for longer periods in the Clarity Mind State, surrendering to ‘what is’ is very easy.

Neuroscience has established that 95% of our behavior is under the control of the subconscious mind. (Lipton, 2005) So, most of us walk around on autopilot. Our fate is actually controlled by the underlying programming and conditioned tendencies from our families, society and culture. It’s nothing about what we want to do and everything about what we’ve been conditioned to do, believe, feel, doubt, judge, and decide.

From a clarified field of awareness, a Clarity Mind Coach will ask the right questions allowing for expanded states of awareness, barriers toward deeper understandings are dissolved, and openings toward new dimensions of seeing are realized.

Consciousness in coaching brings awareness into being.

Clarity Mind Coaching provides skillful and adept guidance to support and challenge your spiritual growth. Clarity Mind clients are not afraid to see the world in a new and different way.

In the Clarity Mind Coaching process, we seek to identify patterns of thinking, feeling and behaving, and help free the client’s energy from shadow material and the conditioned tendencies of the sub-conscious mind.

Clarity mind coaching challenges you to discover how you un-enlighten your mind and body.

When you no longer seek yourself in the past and future, you are free to embrace and accept each moment just as it is. Life begins to flow through you easily and effortlessly just by being in complete alignment with the truth of your being.

All opposites are really one thing.

Each side of the polarity depends upon the other. Each opposite exists in relation to its other side.

Lack of self-seeking either toward the past or future absolves the mind from needing to know. If the need to know or do arises, accessing the Transcendent mind provides the right response from a myriad of choices.

In the Clarity Mind State you sublimate the separate self, or the idea of who you think you are, with the Oneness of All That Is. 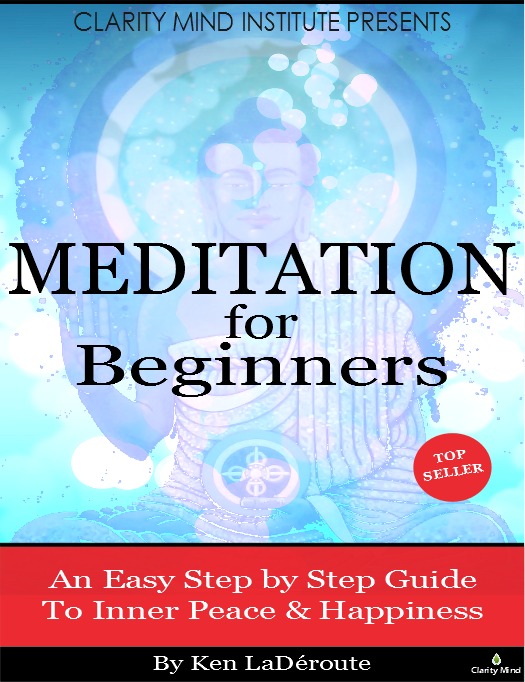